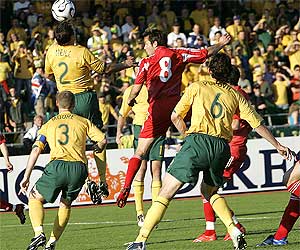 The 2006 FIFA Soccer World Cup, which is being hosted by Germany, starts on Saturday 10 June. Check these links for all the latest info on the World Cup.

Soccer on DVD in the CSU Library