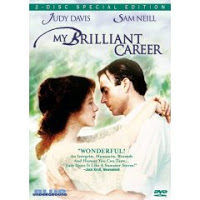 CSU Library has a large number of film adaptions of novels on DVD. Here are just a few. Enjoy!