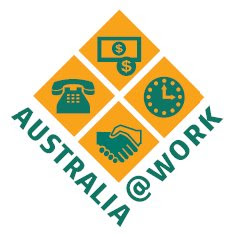 Academic hits back at minister

An academic who helped produce the largest-ever survey of workers in Australia is seeking legal advice over comments by Workplace Relations Minister Joe Hockey that he was a biased union hack masquerading as a researcher.
And a senior Australian Bureau of Statistics official said the statistics Mr Hockey used to denigrate the research report, Australia@Work, were mostly irrelevant to the argument.
The Age reported yesterday that the survey of 8343 people had found employees on individual contracts introduced under the Government’s WorkChoices scheme worked longer hours for $100 less weekly pay than those on collectively negotiated agreements.
The story prompted a political storm, with Mr Hockey attacking the authors, from the Workplace Research Centre in Sydney.
He said centre director John Buchanan and report author Brigid Van Wanrooy were “former trade union officials who are parading as academics” and that “I’m not sure that this institution is known for academic rigour”.
Read the rest of this article by Michael Bachelard in the online edition of The Age, 3 October.
Read the research report here or access via the CSU Library catalogue.