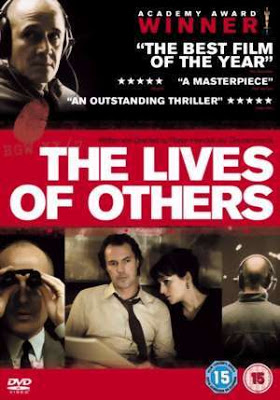 The award winning film The Lives of Others is now available in your CSU Library. The film won the 2006 Academy Award for best Foreign film and the Best picture, Best actor and Best screenplay awards at the 2006 European Film Awards. This extraordinary, intensely moving thriller and love story from German director and writer Florian Henckel von Donnersmarck is an indictment of the sinister brutalities of the Stasi, the GDR’s [German Democratic Republic] secret police, whose tentacular network of informers was so vast that fully 2% of the entire civilian population was on the payroll – a network of fear and shame worthy of George Orwell’s Nineteen Eighty-Four. Review The Guardian

This disturbing and haunting film is not easily forgotten. Don’t miss it!
For more information about the film, the GDR and the Stasi secret police: