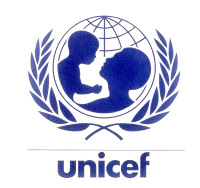 A new report by the United Nations Children’s Fund (UNICEF) has ranked Australia’s childcare system the third worst in the developed world. The report, which was written by UNICEF’S Innocenti Research Centre in Italy, ranked the top 25 developed countries on their approach to early childhood services.

The report, The Child Care Transition, says poor quality care “has the potential for both immediate and long-term harm” to children, and warns that some countries provide childcare “in an ad hoc way with minimal assurances of quality”.

This report comes on the back of the recent ABC Learning Centre collapse, with 55 centres closing within the next 3 weeks.

“We’ve entered new arrangements with states and territories to have universal access to preschool where the children are in childcare or being taken to kindergarten or preschool – wherever they’re cared for they will get the benefit of early learning programs,” she said.