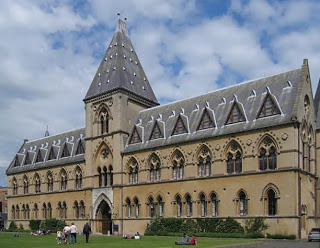 Oxford University has recently welcomed two aboriginal students to the university for the first time in its history. Paul Gray and Christian Thompson are recipients of the Charles Perkins scholarship; a scholarship that funds postgraduate study at Oxford for people of aboriginal descent. The scholarship is named in honour of the late Charles Perkins, a well-known political activist. Christian will be studying fine arts, whilst Paul will be studying psychology.

The scholarship has some critics, but the students faced the same processes as any other student; in first gaining admission and proving they had the tuition funds before being eligible for the scholarship. The scholarship is a good way to encourage aboriginal students to apply for Oxford, especially those who might not have considered Oxford otherwise. Read the full interview here